In Case You Think There’s No Real Estate Bubble…

Posted on July 22, 2016 by davidbyrnemcdonaldiii 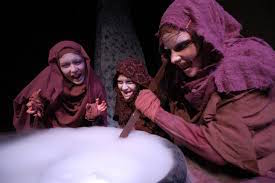 Had a conversation with a rep from my mortgage holder this morning. It think it tells a story. The prologue is that for no good reason I totally forgot to pay my mortgage this past June. First I knew of it a very polite young man called from somewhere in the South and inquired if I had a date in mind for paying my mortgage, now 25 days past due. Sure enough, I checked the Bill Payer, apologized to the guy and made a double payment for June and July right then and there. End of prologue.

Just now a very polite young woman, also from the South, called to ask if I had a date in mind for paying the current month’s (July’s) payment. I say I think I paid already, let’s look. I open Bill Payer and there it is, I paid double. She checks her screen and says I get it, they applied your double payment to the principle, not to July, so I’ll reverse that and you’re good, do you have a date in mind to make August’s payment? So I go maybe the 25th or so and she says Oh you just pay a late fee every month. It takes me a minute to realize that she thinks I mean August 25 so she’s onto that script already without taking a breath.

She says this like it’s the most natural thing in the world, she’s just making sure she has it right. Obviously she deals with people with such problems all the time, people who never run a surplus so they can never catch up, they always pay late, they always pay the service fee, that’s their life. She’s very accommodating. She says they have services available, ways to make this better (for me). She is going way out of her way to convince me not to walk away from my mortgage because the software has identified me as a new loan late two payments in a row, triggering a sympathetic and information-heavy series of scripts aimed at helping the very desperate me keep those payments coming in.

This is someone servicing a tranche you don’t even want to think about. These particular guys think it is idiotic to drive debt slaves away. There is a financial instrument somewhere with an exorbitant payout because the income stream to service that payout comes from super-dodgy high-interest mortgages, car payments and so forth sold to desperate people who will soon be shamed for their prodigality. My daughter and her hubs, e.g., were about to pay 27% or so for a car loan because reasons. That’s what happens when you’re young and on your own.

Someone will always figure out how to create a cash flow by creating more and more “odious debt,” which means giving money to people you know have no chance of paying it back. They used to call it “going to the street” when you ran out of legitimate credit but big capital has muscled in on that Mafia niche with payday loans and such like.

So, in this instance, they really do care about me. Not the bank, they sold the mortgage long ago, but the current (3rd) owner would really like to help me keep those payments up.

Why would a bank make a really bad loan? Because it plans to immediately sell that loan. It will wind up the property of someone who wants bad loans, for whom all this risky business was undertaken in the first place. Or maybe just to diversify, kinda juice up a corner of a portfolio. There are legions of people who do nothing but think up stuff like this because all that wealth that used to finance schools and suchlike now lines the coffers of really bad rich people and must be put to work. We should be so lucky they would sit on it, like Smaug, but no, they pursue their crazy visions of, say, a regimen of achievement tests for elementary school students that runs to over 20 days a year with the same glee they summoned for garotting their competitors. In however bizarrely and convolutedly a manner, it was once a social decision about how to spend part of the social surplus.