Posted on March 11, 2011 by davidbyrnemcdonaldiii

The events in Egypt and No. Africa have been so inspiring that they have lifted me a bit out of the cynicism I have been suffering these last few years.
Perhaps they have been having a similar effect on you.
One of the most inspiring scenes was that of a young Egyptian woman Asmaa Mafouz who posted a stirring call to the streets prior to Jan 25th.
http://www.youtube.com/watch?v=SgjIgMdsEuk 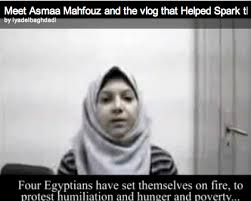 Listening to her you heard the call to throw off much of the psychological baggage, the internalized fear and terror that had held the population powerless and immobile for 3 decades.    After the victory there was this statement on a leaflet handed out in Tahrir Square:
“Today this country is your country. Do not litter. Don’t drive through traffic lights. Don’t bribe. Don’t forge paperwork. Don’t drive the wrong way. Don’t drive quickly to be cool while putting lives at risk. Don’t enter through the exit door at the metro. Don’t harass women. Don’t say, ‘It’s not my problem.’ Consider God in your work. We have no excuse anymore.”
Flyer distributed in Tahrir square  2/12/11
So my interest in psychology and politics got more and more perked to the point where I just had to go. I called my old friend David McDonald in Seattle and talked him into coming along.  We want to talk to as many Egyptians as possible to track these changes in consciousness, to see where they have come from and where they might be going.  With luck we may bring back enough film for a documentary.  It may be titled “Looking for Asmaa”.
I leave tomorrow and David joins me next week.  A couple of friends of ours are in Cairo now.  We’ll be back on the 27th.
We will be blogging and posting photos here if you want to follow the trip:
http://eyewitnessegypt.wordpress.com
Yes, we will take every precaution to stay safe,
John Olmsted
Advertisement